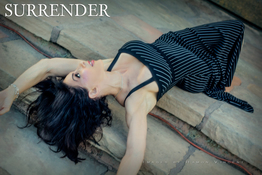 Age old question: What is art?  The creator? Or the viewer or listener?(if auditory). Or both. Well obviously it's both. But with any art, in this case it's on canvas; I believe that it is “Alternative Reality Truism.” Meaning that every individual has an “alternative” viewpoint as another. Every viewer has their own “reality” about what they are seeing and experiencing. Every viewer has their own specific “truth” about the meaning of the art they are viewing.

When you go to museums and hear the comments of the people gathering around a painting, sculpture, or installation, you hear all kinds of opinions. Some seem outlandish and silly while other comments seem more relatable or logical. But all are valid in their perception, and anyone that would argue with another's opinion, hopefully has their own opinion that is being heard. For no matter what the different views on the same piece of art are, the person in front of you is telling you something about their own unique self. The way they think and perceive the art is telling more about them, than the art itself. 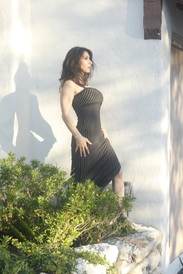 I recently showed a friend a painting that I had just finished. What he said was so touching for me. He described what he saw beautifully. It had nothing to do with my reality as I painted it. In fact I really had no description of what it was, since it just kind of happened on the canvas without any forethought or intention as to what was being revealed by the paint and the brush. I felt simply that I was an innocent bystander that allowed it to happen from my being. But his description made so much sense to me, that I used it while explaining the piece to others of what it was, and became to me.

What he saw was his own version of art.  His art was what his imagination conjured up for him to describe. Without the imagination of all of the different eyes and minds seeing the same piece on canvas, there is no art. The most logical of all paintings even the ones that look like photographs are seen with different levels of truism.

I heard a story the other day about a very famous filmmaker that made one of the world’s most famous films. It turned out that his granddaughter was in a college lecture with a highly respected professor, who was explaining the symbolism of a scene in the film. He stated that in this famous scene that the three glasses of water on the table represented the father, son and Holy Ghost. He was adamant about his view and was actually teaching this to a lecture hall filled with young minds. The filmmakers granddaughter later approached her grandfather and said she learned all about the symbolism he used in his film. He looked at her and said flatly, “No, actually it was just simply three glasses of water on the table.” How brilliant that there was so much looking into this scene from the minds of others. The professor, who was teaching it, couldn't have been more wrong from the filmmaker’s point of view. BUT that did not make him wrong. This was his reality, his truth and he felt passionately enough about it to teach it and at least open up the minds of the young students to USE their own imagination and to express what they feel.

Three glasses of water on the table or the father, son and Holy Ghost does not matter.

It is about what you see as an individual in the ART!